An Alternative Geneology of Musique Concrete in Cairo - Ibraaz


A series of interviews by myself and Chris Weaver with Halim El Dabh (b.1921), who began using both musique concrete and reel to reel tape for his compositions in Egypt, years before Pierre Schaeffer, the composer that is ordinarily credited to have been the first.

This approx 5,000 word essay is the result of extensive research into El Dabh's background and the atmosphere in Cairo at the time which had allowed him to undertake these significant experiments. The article includes audio samples of his voice and early compositions, and quotes from interviews today while examining the place of El Dabh's composition and its significance within the wider history of creativity in his era.

El Dabh created a piece of music intended to be played back on a reel to reel tape recorder, rather than performed live, which no one had done before him. He also took sounds of the streets and manipulated them electronically, as components for his specifically musique concrete composition, in 1944. 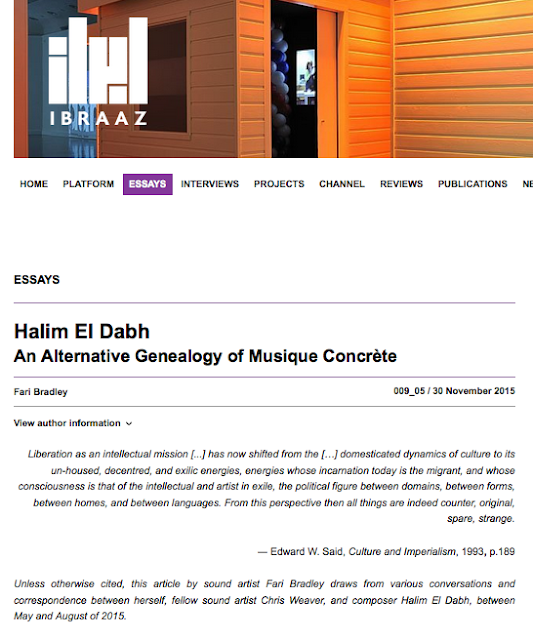 Solo show at The Mine, Dubai: Stitches to Save 9 With

Past performances and installations: